WHAT: Get a Job in a National Park

Across the globe exists a subculture of climbers, mountain bikers, boarders, and skiers that consider national parks their personal Meccas. Among this group exist those who are physically and psychologically enslaved to flying down death-defying slopes or hanging from high-altitude granite walls by the seat of their guts—a bit like hard drug addicts.

According to the experts, it’s not even their fault. Science has concluded that the term “adrenaline junkie” isn’t hyperbole. It’s a documented neurological condition where the afflicted will drop everything for a dopamine hit, including their work schedule. Consequently, like hard drug addicts, some of these individuals find it tough to hold down any regular job. Unless, of course, they work in a drug den.

Luckily, there are thousands to choose from, all of which differ in location, product, flavor, and effects. Every year, across the US, Canada, Europe, Australia, and beyond, legions of thrill-seekers descend on these locations to climb, bike, board, and even BASE jump. 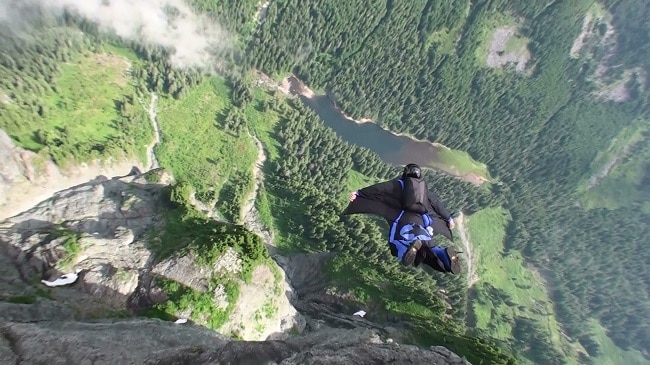 National Parks Belong to You

Maybe you’re not on a mission to meet your maker. Perhaps you’re seeking a job in a national park so you can use your downtime to hike, fish, camp, and amble the day away in a real-life Nat Geo cover shot. And therein lies the beauty of it all. As long as you’re not breaking major rules, you can literally do what you want. After all, all of these parks are public land, which means they are yours. And they all need staffing.

In addition to full-timers, National Parks welcome thousands of seasonal workers of all genders and age groups during the summer and winter months. Job applicants include retirees, adrenaline seekers, and those just living out their Jack London fantasies. Essentially, anyone seeking to partake in their favorite activities while earning a crust.

With so many visitors to so many National parks in so many locations, finding work isn’t difficult. There are hundreds of winter and summer jobs to choose from, the nature of which depends entirely on you. The most common positions and summer jobs available in National Parks include:

In the US and pretty much everywhere else, anyone under 18 must have the written consent of the parent or legal guardian before being accepted for a job in any national park. Regardless of the position you are going for, the trick is to apply early, particularly for first-timers.

Having a few seasons of experience under your belt at the same park will earn you inside connections, and a helping hand when you reapply. If it’s your first time looking for a job in a national park, then the best place to start your search is online.

For individuals whose devotion to the great outdoors extends to a life commitment, the dream job is a park ranger. Park rangers pretty much cover it all. For example, they are law enforcers, educators, janitors, trail builders, ecologists, first responders, builders, carpenters, scientific data collectors, managers, gardeners, and in the case of invasive species or dangerous animals, hunters.

Most park ranger positions require a four-year bachelor’s degree, usually in recreation, tourism management, or environmental science. On the other hand, most National Park positions are given to anyone with a decent work ethic.

Last but not least, National Parks offer countless ways to get stranded, stuck, and injured, which people do, frequently. In this case, a search and rescue team will be deployed to bring them back safely.

For bikers, hikers, climbers, skiers, and boarders who end up in danger, search and rescue teams represent the buffer zone between life and death. Of all jobs in national parks, Search and Rescue is considered one of the most vital. It’s also one of the most demanding. If you’re up to the physical and mental challenge, search and rescue teams are constantly on the lookout for members—particularly those that can climb, navigate, or possess other specific skill sets.

That depends on how you spend your free time. If you’re seeking out stunning landscapes for a moment of transcendental Waldenesque enlightenment, you’ll be fine. On the other hand,  stepping off an 8,000-foot wall in a wingsuit? That’s between you and your maker.

Unless you’re sponsored by Burton Snowboards or Red Bull et al, taking a job in a national park is the ultimate means of combining passion and work. Taking a position or a summer job in a national park allows you to live out your lifestyle dream, meet people from around the world, hike, camp, roam, and learn. Many National Park lifers arrived intending to stay only for a season. Decades later, they’re still working in a rewarding, life-long career they wouldn’t trade for anything.