Everyone’s heard of the Grand Canyon, the official wonder of the world that carves through the Arizona landscape.  Remarkably, few travelers know that 650 miles South, in the remote desert of Chihuahua, Mexico, sits an extraordinary natural formation that makes the Grand Canyon look like a pothole. As well as being one of the world’s most stunning landscapes, Mexico’s Copper Canyon is home to the Tarahumara Indians, an indigenous group famed as the world’s best long-distance endurance runners.

Copper Canyon is Way Bigger than the Grand Canyon

The name of the place should be plural. Barranca del Cobre, or ‘Copper Canyon’ is actually a 25,000-square-mile series of six dizzying canyons formed in the western Sierra Madre mountains by ancient rivers that flow into the Sea of Cortes. The combined length and width make Copper Canyon an enormous four times larger, and in some places deeper than its world-famous northern neighbor.

In his 2009 bestseller Born to Run,  author and runner Christopher McDougall details his quest to find a “near-mythical tribe of Stone Age superathletes” who inhabit the caves of Copper Canyon and frequently run mind-boggling distances over rough, dangerous terrain without breaking a sweat. Partly out of necessity due to the long distances between mountain villages, partly for hunting, and partly out of sport, the Tarahumara are masters of ultra-distance running. They can travel up to 200 miles in a single run-with few rests-wearing only sandals made
from old tires, or even barefoot.

In the 17th century, Spanish colonists discovered Tarahumara’s native lands to be rich in precious metals. To avoid being enslaved, the Tarahumara Indians fled to Copper Canyon. Hundreds of years later an estimated sixty thousand remain. They maintain their ancient lifeways of growing corn,  weaving baskets, and living in isolated communities around cultivatable land.

These Copper Canyon ultra-runners are also known as the world’s foremost persistence hunters, which means outrunning a wild animal until it’s so exhausted it gives up. Over the centuries, the Tarahumara Indians have successfully defended themselves against Spanish conquistadors, colonizers, miners, logging companies, and even drug lords.  Along the way, the Tarahumara Indians created one of the longest, most intricate, and often dangerous systems of trails you’ll find anywhere. As a result, the area is a mecca for hardcore backcountry hikers and campers.

Copper Canyon’s breathtaking mountain and canyon landscapes offer visitors an authentic glimpse back in time. Maybe you wish to experience the true magnitude of the area in one sitting. If so, then best buy a ticket aboard the world-renowned Chihuahua-Pacific Railroad. It departs from the towns of Los Mochis and  El Fuerte and passes the grandest sites in the region.

There are dozens of rewarding hikes in the Canyon, which can lead you to waterfalls, abandoned mines, indigenous villages, and the eighteenth-century Misión de San Miguel de Satevo, otherwise known as the ‘lost cathedral.’ But beware. Hiking Copper Canyon is not for the novice trekker, particularly on the descent or ascent. 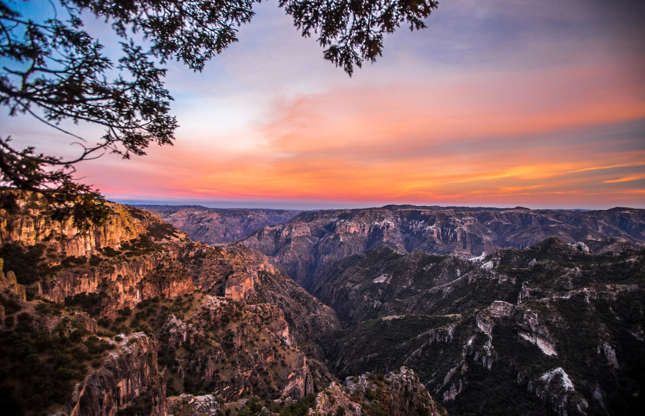 The safest option is to hire a trusted local guide, especially if you’re venturing into the backcountry. Whichever way you choose you’ll need sturdy hiking boots, a wet weather jacket or fleece in case the evening temperatures, sufficient water, and food, and camping equipment if staying overnight. You can camp wherever you choose. There are also dedicated campgrounds, along with plenty of locals willing to let you pitch your tent on their land for a small fee. Although they receive visitors and even operate as tour guides, the Tarahumara Indians are proud, reserved people.

A UNESCO World Heritage Site, Copper Canyon is located in Chihuahua, Mexico, in the isolated Sierra Tarahumara mountains. The town of Creel is the gateway to Copper Canyon. Here you’ll find supplies and guides. 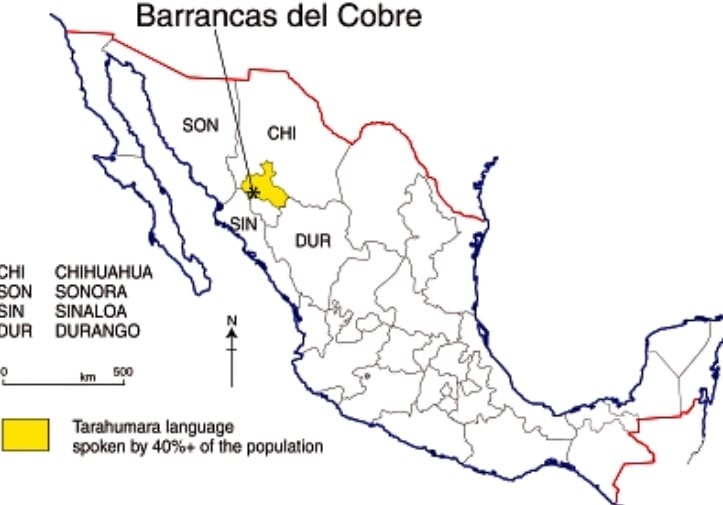 The remote wilderness that draws adventurers also makes Copper Canyon a magnet for drug cartels. Huge amounts of narcotics are cultivated here before being shipped to the US. Violent crime is usually confined to drug gangs and rarely do tourists get caught in the crossfire. However, there have been incidents where hikers showed up in the wrong place at the wrong. Rarely did these tales end well.