WHAT: Enter the Kraken Cup

What images come to mind when you think about sailing races? Is it Rolex-sponsored, square-jawed millionaire playboys piloting aquatic Lamborghinis dressed head to toe in Helly Hansen? If that’s the ocean adventure you’re looking for, then the Kraken Cup, organized by the Adventurists, is definitely not for you.

Instead, picture a sunburned squad of dehydrated, bedraggled beach bums struggling to stay afloat in a hollowed-out mango tree, sealed by shark intestines, lashed together with rope, with a California-king-sized bedsheet for a sail. If that sounds more your speed, then the organizers of the Kraken Cup, AKA – the “World’s Greatest Sailing Race,” will welcome your application. 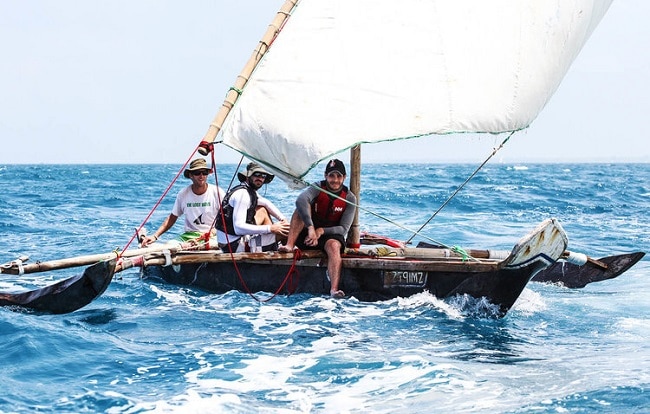 Set among the Spice Islands along the tropical coast of East African Tanzania, The Kraken Cup, formerly known as the Ngalawa Cup, is a sailing challenge unlike any other. On paper, the premise couldn’t be simpler. Jump aboard a dugout canoe, hoist your lateen sail, and embark on a 180-mile, seven-day jaunt through the Zanzibar archipelago. However, in practice, it’s way more brutal than it sounds.

Home is Where you Moor it

Your accommodation is whichever Spice Island you manage to reach that evening. Your bed is a hammock. And your meals are whatever you can catch, beg, or borrow. Support is limited to a few backup boats. Kraken Cup rules state that rescue missions extend only to crews in imminent danger of drowning, being eaten by sharks, or being blindsided by an oil tanker. 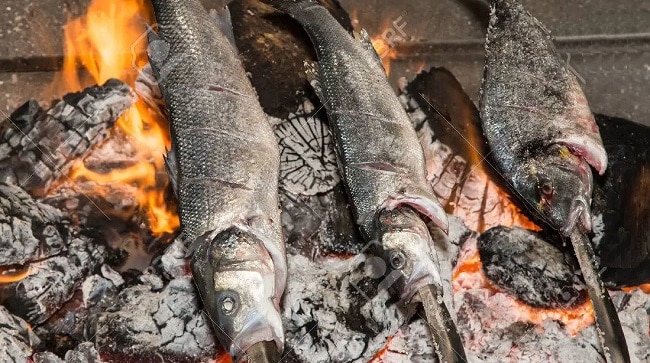 In the past, Kraken Cup entrants have included expert sailors who have circumnavigated the globe. In contrast,  teams have included those who recently received their amateur dinghy certification so that they could qualify for the event.

If you can fulfill basic requirements and prove to organizers you probably won’t drown, you can sign up for the Kraken Cup by heading to the Adventurists website. However, if you want to stand a chance of doing decently, it helps to have sailing experience or be on a team that does. 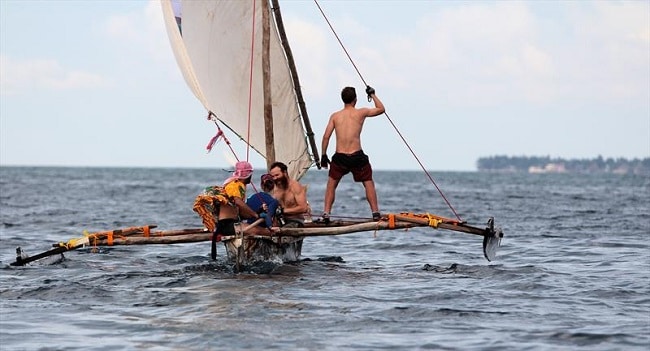 Teams consist of three sailors. Sailing a Ngalawa correctly requires each team member to act as a vital cog in a well-oiled machine.

They sit at the stern and are responsible for sailing, steering, and staying the course.

Ngalawas sit only inches above the waterline. Consequently, even the smallest waves can breach the sides. Armed only with a bucket and a bicep, the middle sailors’ job is to frantically bail out the water faster the ocean can pour it in.

Although outriggers provide some stability, the absence of a daggerboard means that a stiff, unexpected breeze can quickly capsize the boat. The monkey is the balancing act, a constantly moving counterweight shimmying endlessly around the craft to place weight where necessary, with only a thin rope to keep them upright. If the monkey goes overboard, the whole show goes belly up, and the boat capsizes soon thereafter.

Sailing Back in Time

As well as experiencing a centuries-old tradition, racing in the Adventurists Kraken Cup helps keep that tradition alive. Moreover, it fosters a sense of pride in the villages and communities it touches along the way. Fishermen along the east African coast have seen their livelihoods battered by dynamiting, long-liners, and gill-net trawlers decimating fish stocks. The Kraken Cup organizers do all they can to assist these communities. For example, they buy or rent ngalawas at a fair price, helping struggling fishermen make a living.

The Kraken Cup features all the obstacles you can think of and many more that you can’t. The waves are high, and the reefs are shallow. The boat will definitely flood and probably capsize. Beyond that, Kraken Cup teams have suffered from heatstroke and exhaustion.

Conditions can and do change rapidly. One minute you’re cruising the flat crystalline waters, thinking you’re in paradise. The next, you’ll be getting pelted with torrential rain, navigating gut-churning swell conditions.

The Kraken Cup is organized by the Adventurists, responsible for the Mongol Derby and Mongol Rally. Usually, Adventurists expeditions are infamous for having very few rules. However, in the Kraken cup, the following rules apply.

The Kraken Cup entry fee costs around £6,000 GBP per team. Kraken Cup Costs can be offset by sponsorship.

The Kraken Cup sets sail from Kilwa Island. It then heads south off the coast of East Africa, stopping at The Spice Islands and the Zanzibar Archipelago, and ends 300 nautical miles south in Mozambique. 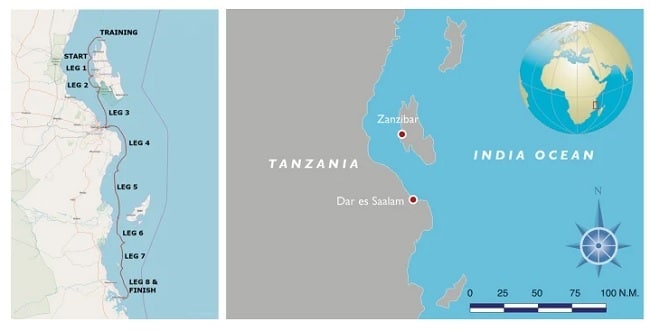 May 25, 2022
Read More »
PrevPreviousAYAHUASCA: How To Have a Safe, Rewarding Experience
NextHOLOTROPIC BREATH WORK: How To Get High on BreathingNext