DRIVE THE KARAKORAM HIGHWAY: A Road Trip Through The Eighth Wonder of the World.

WHAT: Driving The Karakoram Highway

Driving The Karakoram Highway is a road trip along one of the greatest engineering feats of our age. It began in 1966 when the Chinese and Pakistani governments teamed up to create a land bridge between the two nations.  Two decades, thousands of deaths,  and countless tons of dynamite later, the Karakoram Highway opened for business. At the rooftop of the world, they had created what would later be dubbed its eighth wonder. A 1200 km single road weaving through the Himalayan and Karakoram mountain ranges. Essentially, the highest, most rugged, and inhospitable region on earth.

On the China-Pakistan border, you’ll pass the Karakoram mountain range, home to the planet’s highest peaks, including ‘Karakoram 2’ or K2, which kills around one in five of those who try climbing it.

A Karakoram Highway road trip has humbled the egos of countless travelers. Even when the going is good, there are narrow roads, endless hairpin turns, barrier-free sections overlooking sheer rock walls, and countless natural hazards. Consequently, the Karakoram Highway is a true test of one’s vehicle, driving abilities,  stamina, and nerves. Despite the hazards, driving the Karakoram Highway is now an established rite of passage for hikers, bikers, drivers, and dedicated adventure travelers. You’ll need a plane ticket, a reliable vehicle, and a toasty jacket to understand why. 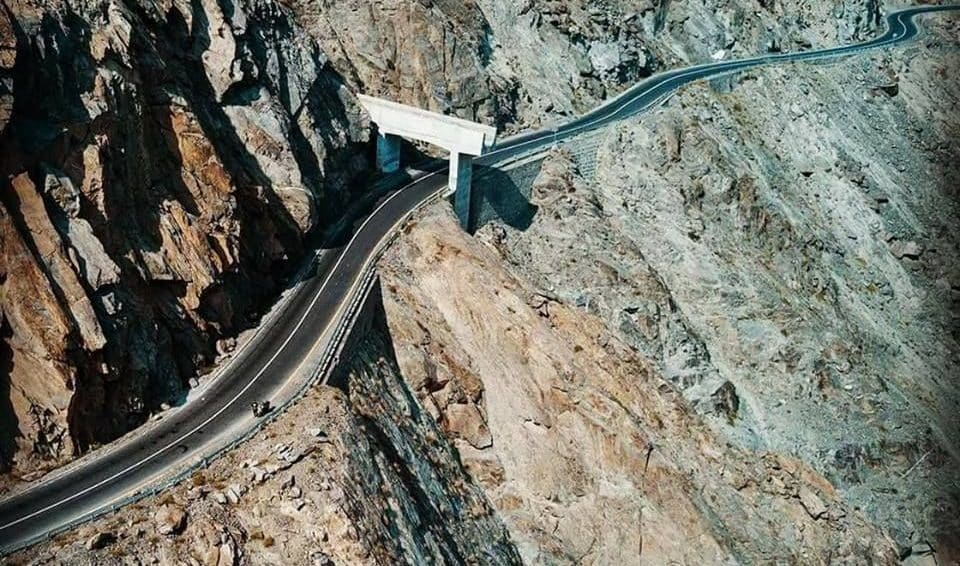 The Karakoram highway connects Islamabad in Pakistan and Kashgar in China. You’ll need to prepare, whichever start point you choose. If hitchhiking or taking a bus, pray your driver has done their homework and has real-time information on road and weather conditions.  If you’re driving the Karakoram Highway in your own vehicle, check your tires, fluids, hoses. belts, and fill up on extra gas and groceries.

The most extensive preparations may all be for nothing if you fail to check weather conditions in advance. These range between sublime clear days and feeling like you’re caught in a cyclone on Jupiter. Even if things look good, prepare for anything. Remember that the higher you get, the colder and thinner the air becomes.

The asphalt makes for a generally smooth ride. However, avalanches, landslides, heavy snowfalls, or flash floods from prolonged monsoon rains often wipe out bridges and road sections, particularly around July and August.  Conditions change quickly, and temporary road closures due to damage or repairs can be frequent. Driving the Karakoram Highway is best attempted during the milder weather of spring, summer, or early autumn.

While driving the Karakoram Highway, you’ll eventually hit The Khunjerab Pass. Deep within the Karakoram mountain range, this is the highest-paved international border crossing in the world. Owing to India and Pakistan’s ongoing beef over the Kashmir region, it’s also an area of massive strategic importance. Although an active conflict zone, the fact that more soldiers have perished from exposure than combat should tell you all you need to know about the weather.  Depending on traffic, expect to stay near the Khunjerab Pass overnight. Accommodation should be arranged in advance.

The KKH connects Kashgar, in the Xinjiang region of far west China, to Abbottabad,  in the Hazara region Pakistan.

The Baja 1000: The Dusty, Demented Desert Race that’s Open to Anyone

THE SILK ROAD: Road Tripping the Route that Spawned Civilization