HOW TO CONTACT EXTRATERRESTRIALS: CE5 Proponents Claim Alien Communication is a Mere Meditation Away.

Some years back, Steven M. Greer, a prominent ufologist and former ER doctor, came forward claiming to have figured out how to contact extraterrestrials through meditation. To skeptics, Greer’s claims that a polite request is enough to mobilize our cosmic neighbors may sound pretty far-fetched. In contrast, thousands of advocates swear the “CE5 protocols” (close encounters of the fifth kind) work, and that the encounters witnessed during CE5 retreats are very real.

Decades before Greer began running CE5 retreats, he created the ‘Disclosure Project,’ an initiative to protect UFO whistle-blowers from reprisals. Despite convincing testimony from thousands of high-ranking military personnel, the US government remained tight-lipped. The only way humankind would ever see what lay behind the cosmic curtain, concluded Greer, was if they part it themselves. Thus was born ‘CE-5,’ or ‘Close Encounters of the Fifth Kind,’ a set of meditation protocols designed to act as a calling card to contact extraterrestrials.

Greer defines CE5 as direct, human-initiated contact and/or communication between humans and extraterrestrials. He claims these communication lines are opened through conscious, voluntary, proactive communications transmitted in the spirit of friendship, with a clear message that ‘we come in peace.’

The CE-5 protocols use meditation as a baseline skill to contact extraterrestrials. Those who lead CE5 retreats, including Dr. Greer, make it crystal clear that positive intentions are crucial to success. In contrast, hostility, fear, skepticism, or close-mindedness are the ingredients for failure.

Some have accused Dr. Greer of being a profit-driven conman. But if that were the case, he wouldn’t have released the specific CE5 contact protocols into the public domain to encourage people to try and contact extraterrestrials themselves.

Anyone who wishes to initiate contact alone or with friends is free to do so. Alternatively, there are dozens of social media groups dedicated to CE5 meetings. The chances are that there’s one in your area, so get in touch.

Or, if you’d prefer to join experts for a week of stargazing at known UFO hot spots, you can sign up for a CE5 retreat. By day, these retreats include rigorous tuition programs designed to teach the theory and practice of CE5 protocols. By night, this training gets put to work under sublime, clear night skies, usually in the middle of nowhere.

As well as some mind-boggling photos and video, many CE5ers attest to an immensely rewarding experience, including nightly visitations by UFOs. If you choose to become a CE5 “Ambassador to the Universe,” remember to set out with an open mind and heart before you attempt to contact extraterrestrials. You should also remember that many in the UFO community, including Dr. Greer, frown upon the word “Alien”.

UFOs are quick off the mark, meaning travel time isn’t much of an issue. For humans, CE5 retreats are commonly held in places with optimal viewing conditions geared towards deep meditative focus. Past retreat locations have included Joshua Tree National Park, the Arizona desert, and Mount Shasta, California. 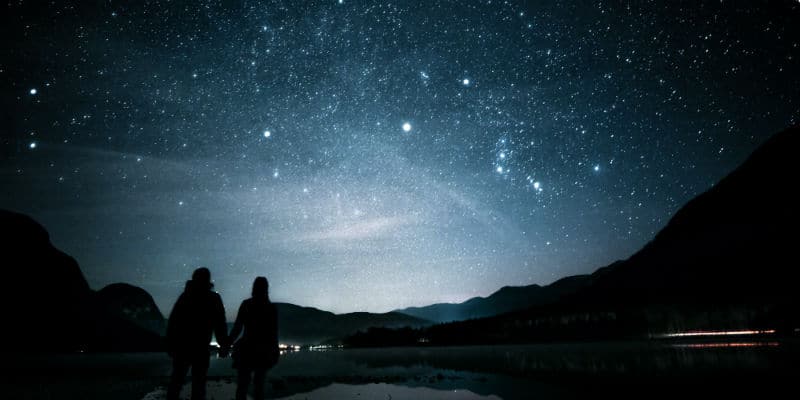 None (to those who come in peace).

Participants say that extraterrestrials can be creative, and even playful in their communications. Contact can manifest in different forms such as visions, telepathic messages, weird electric phenomena, and of course, close flybys from glowing objects zigzagging through the night sky.

As well as the CE5 protocols, prepare to learn advanced meditation techniques and hang out in some remote, spectacularly empty places. As well as possible extraterrestrial contact, you’ll also make plenty of new human friends.

Russian UFOs And Close Encounters Inside The M-Triangle

AREA 51: How To See Groom Lake Airbase Without Getting Busted.