WHAT: Search For The Tasmanian Tiger

We don’t know much about the Tasmanian Tiger. However, we do know that it definitely was not a tiger. Best described as a cross between a wolf, a fox, and a marsupial cat, the Tasmanian Tiger, was a loping carnivore with a wide yawn, long, thick tail, and black stripes running down the hind section of its ginger fur. What little information remains comes from grainy stock footage, and the few stuffed examples mounted in museums.

Like the great auk and the dodo, the extinction of the Tasmanian Tiger was the tragic result of a clash between land-grabbing European settlers and an ecosystem they never bothered to understand. When the first English settlers made landfall in Tasmania, their ignorance of the creature quickly became an irrational fear. The Thylacine was labeled a voracious livestock predator. Almost immediately, the campaign to snare, poison, trap, shoot, and all but eradicate them began. Among farmers and hunters, the search for the tasmanian tiger became a lucrative endeavor. At the end of the eighteenth century, the Tasmanian government recorded a payment of 58 bounties paid to hunters who brought in a Thylacine carcass. The government paid for two bodies in 1909. They paid for none the following year, or the year after that, or ever again.

The Last of its Kind?

In 1930 a farmer named Wilf Batty became the last person to spot one in the wild. He promptly shot it, reducing the grand total of Thylacines to a single specimen on display at Hobart zoo. On 7 September 1936, on a bitterly cold night, the zookeeper accidentally locked the animal out of its shelter, killing it from exposure. It was the last of its kind.  Or so we thought.

In the decades since Tasmanian tigers were declared extinct, there have been thousands of unconfirmed sightings. These range from hillbillies stumbling home from the bar, to those from all walks of life with no desire for money, fame, or any other ulterior motive. So consistent are these reports that the government handed issued rangers with footprint-identification guides and Thylacine Response Kits should they need to collect evidence.  Nowadays, many are convinced that this iconic predator, most famous for being extinct, is still very much alive. Consequently, the search for the Tasmanian tiger is more popular than ever.

Tasmanian folk are notorious raconteurs. You’ll hear tales of inexplicable poops, assaults on domestic pets, night-time sightings, mysterious noises in the bushes, and much more. Unfortunately, if you delve into specifics, such as where to begin your search, things tend to get blurry.

Across Tasmania, a small but dedicated cottage industry has emerged around the search for the Tasmanian tiger. Although these outfits operate in areas where Thylacine sightings have occurred, don’t expect a money-back guarantee. While you’re out searching, there are plenty of other amazing creatures to see, including Tasmanian devils, the platypus, penguins, wombats, pademelons, quolls (carnivorous marsupials) along with numerous birds and endemic species.

Finally, you can try to find and befriend a die-hard, dedicated Tasmanian Tiger aficionado. These true believers are in no doubt the tiger still roams Tasmania, and spend money and most of their lives looking for incontrovertible proof of its existence; either a photograph, or the holy grail itself: a live animal. If you’re lucky enough to meet one of these individuals, buy them a beer and politely inquire how they’d feel about an extra set of eyes on their next expedition.

An hours drive from Tasmania’s major towns exists some of the tallest trees on earth, growing in tracts of untouched, temperate rain forests. These areas were once teeming with Thylacine’s, and are still the creatures ideal habitat.  This is where most Tasmanian tiger sightings occur. Even if you return empty-handed, the wildlife experience will leave you awestruck. 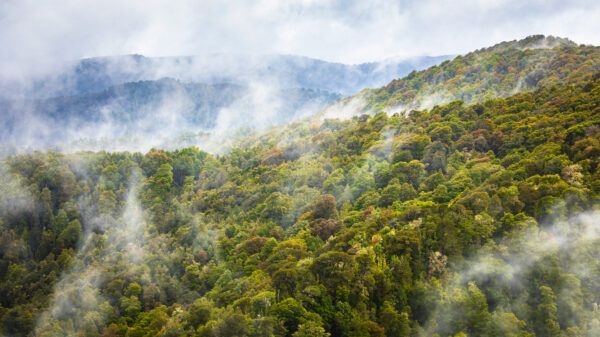 Fall in love with Tasmania and never return home.

– A $1.75 million offer from  Stewart Malcolm, a Tasmanian tour operator

May 4, 2022
Read More »
PrevPreviousSetting A World Record: A Slackers Guide to Entering the Guinness Book
NextHeaven and Hell on Wheels. The Great Divide Mountain Bike RouteNext