The Billboard Liberation Front: A Beginners Guide to ‘Brandalism’

A word from our lawyers: Noble Sapien does not endorse culture jamming, subvertising, brandalism,  graffiti, or other “billboard liberation” tactics. (Unless it’s clever and funny.)

Adverts are literally everywhere these days, all of which exist to persuade viewers to buy crap they can do without. For a large part, the majority of these advertising mediums are escapable. Avoiding them is as easy as switching off your TV or computer. Or, sign up for an ad-free subscription service.  Then, there’s the billboard. And the only way to escape that is by never leaving your house.

In the late 1970s in San Francisco, one group decided enough was enough. The idea of “culture jamming” began when a loosely-knit group of underground guerilla artists set out to fight the tsunami of media imagery thought to be turning us into passive consumers. United against the idea that corporations could legally administer poison gas to the unconsenting psyche where and whenever they chose, they formed the Billboard Liberation Front.

The Billboard Liberation Front’s culture jamming tactics were more than just about pushing back against consumer culture. By inverting the cultural narrative and turning it back on itself, they were making serious political and social-cultural statements. For decades, their wacky slogans and subversive editing have amused commuters and passersby. In contrast, embarrassed advertising clients and billboard companies have responded with anger.

Although it began as a somewhat serious prank, the BLFs guerilla subvertisement tactics of misappropriating and satirizing signs, banners, and billboards eventually became counter-cultural folklore. Before long, artists throughout the land were inspired to join the brandalism and subvertising movement. 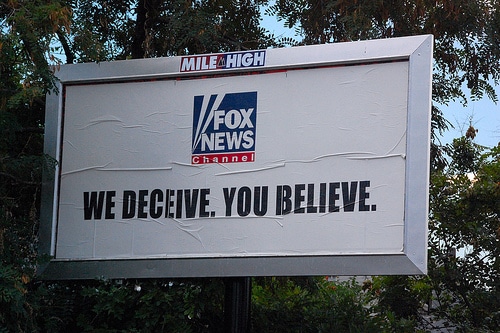 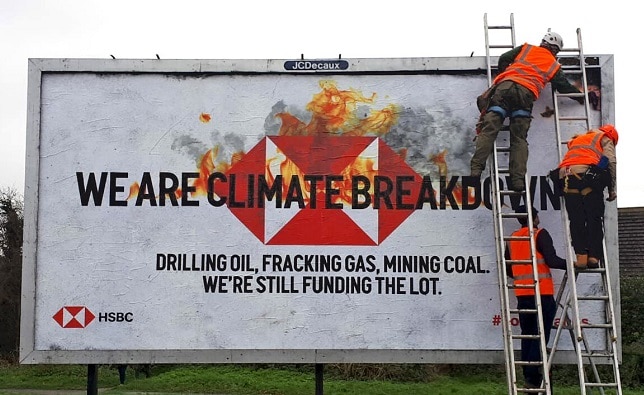 To date, the targets of BLF brandalism have included Apple Computers, Exxon Mobil, Levi’s Jeans, Camel and Marlboro cigarettes, and more.  Some claim that “advertising is theft” or an infringement on human consciousness. However, the Billboard Liberation Front’s official position is not against advertising per se. Instead, they claim to be enhancing people’s lives by cleaning up unimaginative, dull advertisements. Subvertisement and brandalism, say the BLF, is their way of encouraging advertisers to step up their game. 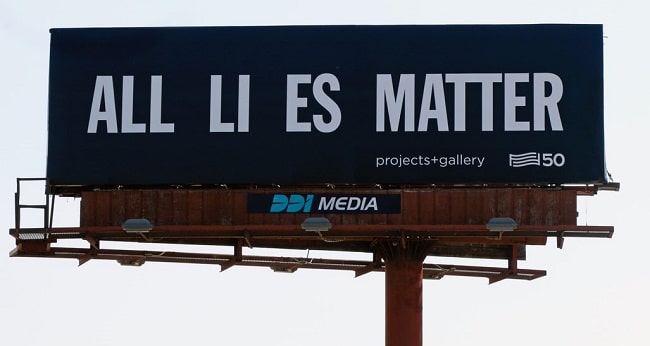 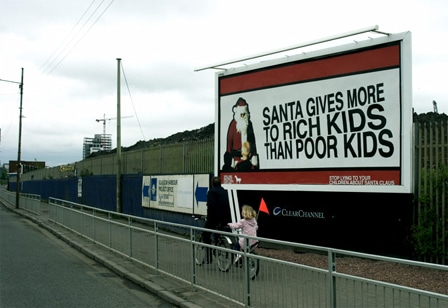 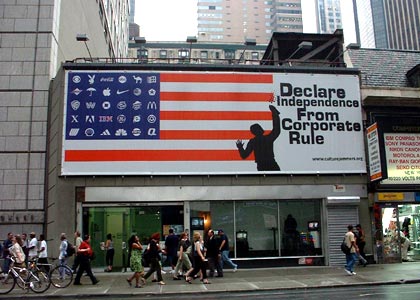 Here are a few excerpts from the Billboard Liberation Front manifesto:

Not joining the Billboard Liberation Front is simple. First, don’t identify a publicly displayed billboard or banner that uses unimaginative messages to hawk toxic crap. Then, don’t put your creative cap on, don’t buy spray cans, a ladder, and some dark clothes, and don’t get to work.

If you have to ask you’ll never know. Culture Jamming occurs worldwide. The Billboard Liberation Front began in San Francisco. Since then, people have joined the subvertising cause all over the US and beyond. Essentially, wherever you find a billboard, banner, or asinine sign in need of artistic “improvement.” So, everywhere.

George Orwell once wrote, “every joke is a tiny revolution.” It’s doubtful you’ll end up as the next Banksy but at least you get to play David against Goliath. In fact, unless you’re a media titan, filmmaker, famed writer, or domestic terrorist, Culture Jamming may be the only means of making your statement heard.