WHAT: The Rickshaw Run

The Rickshaw run –  A Tuk Tuk race throughout the Indian subcontinent that looks easy enough on paper. Sign up, pick a Rickshaw run team name, get on a flight, pick a Tuk Tuk, look at a Rickshaw run map, and hit the road. After that, simply kick back and enjoy the sights and sounds of India. Sounds easy, right?

In fact, The Rickshaw Run is a 3000km survival race in a three-wheeled, accident-prone death trap through a country that boasts more traffic accident deaths than anywhere on earth. As well as being quite possibly one of the most hair-brained vacations out there, signing up for the Rickshaw Run is one of the greatest road trip adventures on the planet.

The Rickshaw Run’ is brought to you by ‘The Adventurists:’ a British tour company whose gospel reads like a kamikaze ‘How to” guide. Opposingly, words like ‘common sense’ and caution,’ are deemed outright, buzz-killing blasphemy. Although they differ in flavor, their pilgrimages worship the same basic creed: Gamble one’s life and limbs for fleeting glory in some of the world’s most obscure locations. And the brilliantly ill-conceived Rickshaw Run may just be their most sacred offering of all.

The Rickshaw Run began in 2006 when thirty-plus Tuk Tuks, overloaded with passengers and baggage hobbled off the starting grid in Kochi, in the Southern Indian state of Kerala.  Word of the race traveled a helluva lot faster than the teams did. Overwhelmed by applications, the organizers tripled down and expanded the race locations to include the Himalayas and Sri Lanka.

While the terrain varies from mildly uncomfortable to hellaciously awful, the race ethos remains the same. Start your 150cc engine, set off, grit your teeth and bite down on every shit sandwich the road serves you. And there’s plenty to go around. According to the Rickshaw Run organizers, the only certainty is that you will get hopelessly lost, stuck, and you will definitely break down.

Firstly, go to the adventurists website, decide on a team name, and fill in the Rickshaw run sign-up form. After that, choose your race destination, submit your application, and pay the fee.  The only real rule is that you’re able to raise a few hundred bucks for charity. If you can do this, then buy your tickets, get your vaccine shots, and prepare for the adventure of a lifetime.

After touching down, you’ll be given a driving lesson and a mechanical briefing regarding everything Tuk Tuk. Break downs are inevitable, so either listen up or wish you had. You’ll then be allocated a rickshaw with your Rickshaw Run team name on the front. You can then paint, decorate and pimp it out to your liking. As fun as this may be, it’s still the proverbial equivalent of polishing a turd. 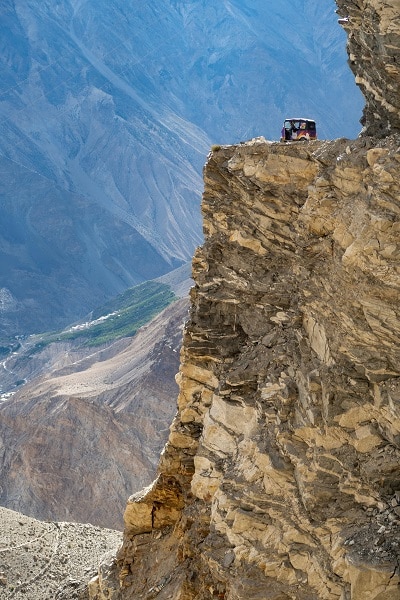 Each race comes with its very own start line and finish line. After that, the trail you blaze between those points is entirely up to you. There are no maps, no backup, and no set route. It’s just you and your team, piloting a  rolling dumpster through back-buckling stretches of insane terrain, all the way to the finish line.

Teams need to expect the unexpected, from the stuff you’ll never forget to the things you’ll wish you could. At a minimum, you’ll be attempting to cover 3000 plus km of roads ranging from swamp tracks (get out and push) to chaotic 5 lane highways  (Russian Roulette on wheels).  Expect to dodge chickens, dogs, pedestrians, oncoming traffic, and a whole lot more. Accidents can and do happen. Bring a first aid kit. 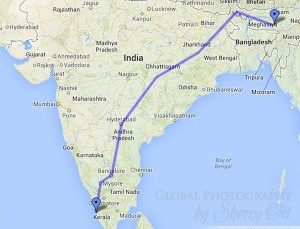