THE PEACE CORPS: Sign up, See The World, Annoy the Intelligence Agencies

WHAT: Join The Peace Corps

“I believe the more young Americans who are  sent abroad with a slide rule, textbook, and medical kit, the fewer young people will need to be sent with guns and weapons of war.”

JFK loved the idea. Previously, the only opportunity for young, working-class Americans to see the world was to sign up for the military. Joining the Peace Corps, thought Kennedy, offered young Americans an alternative way to serve their country and experience other cultures without being contracted to kill them.

A Middle Finger to The CIA

In the 1950s, clandestine, blood-soaked CIA operations in poor, foreign nations had put the US reputation overseas at an all-time low. Kennedy believed a benevolent peace force might help reverse anti-American sentiment fueled by decades of CIA subterfuge. Consequently, Kennedy declared that no active or former Peace Corps members could work for the CIA. By 1960, JFK’s and the CIA’s mutual dislike for each other was an open secret. By publicly conveying his disdain for their dirty work, Kennedy alienated and infuriated the intelligence agencies even further.

A Safe Space For Slackers

Richard Nixon – Kennedy’s election opponent, was dead against the idea. He protested that the Peace Corps would become a “cult of escapism.” Similarly, he envisaged it as a sanctuary for hippies, pacifists, psychedelic dropouts, and draft dodgers. Nixon lost. Kennedy won. 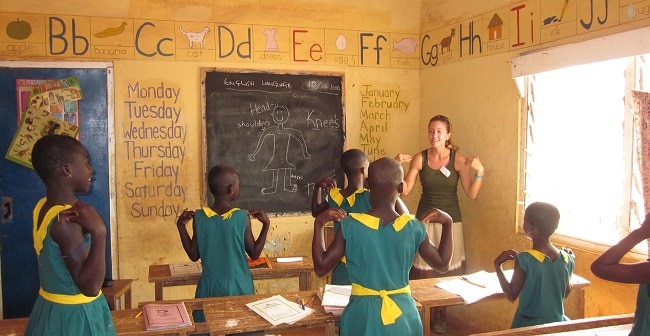 If you think a job in the Peace Corps sounds like a great way to expand your horizons, here’s how to apply.

You can apply for the Peace Corps online or by mail. Alternatively, you can go and speak with your nearest recruiter. The requirements for joining the Peace Corps are simple. You’ll need:

Jobs typically include public service. For example, education, health, youth development, and agriculture. Although volunteers are usually assigned a defined role, they’re also told to expect the unexpected. During two years of volunteer service, many experience things that go on to shape the course of their lives.

At the time of writing,  volunteers have been stationed in 142 different countries worldwide. Africa and Central and South America make up around 65% of assignments. However, volunteers also regularly visit Eastern Europe, Asia, the Caribbean, the Pacific Islands, and the Middle East.

Many volunteers claim that joining the Peace Corps changed how they see themselves and their role in the world. Beyond that, there’s a range of tangible material benefits.

May 25, 2022
Read More »
PrevPreviousKARMA YOGA: Good for Good’s Sake on the “Path of Action.”
NextEXTREME SPORTS LOVERS: How to Score a Job In a National ParkNext