Very few people have had a genuine near-death experience. However, we’ve all heard stories of people dying on the operating table, and returning moments later with mind-boggling tales of otherworldly adventures. From ancient Buddhist texts to modern scientific studies, there are countless reports from those who recall their near-death experiences with unshakable confidence and clarity .  Even stranger is that these reports share specific, common elements, including:

Those who undergo near-death experiences claim it to be one of the most, if not the most, meaningful experiences of their lives. Usually, they return asking the same question: What would you do with your life if given another chance? Having lost their fear of death, they have lost their fear of life and fear of taking chances. This massively broadened perspective becomes the foundation of a new existential vision. It offers an opportunity to view the world with fresh eyes and approach personal issues from a different angle. 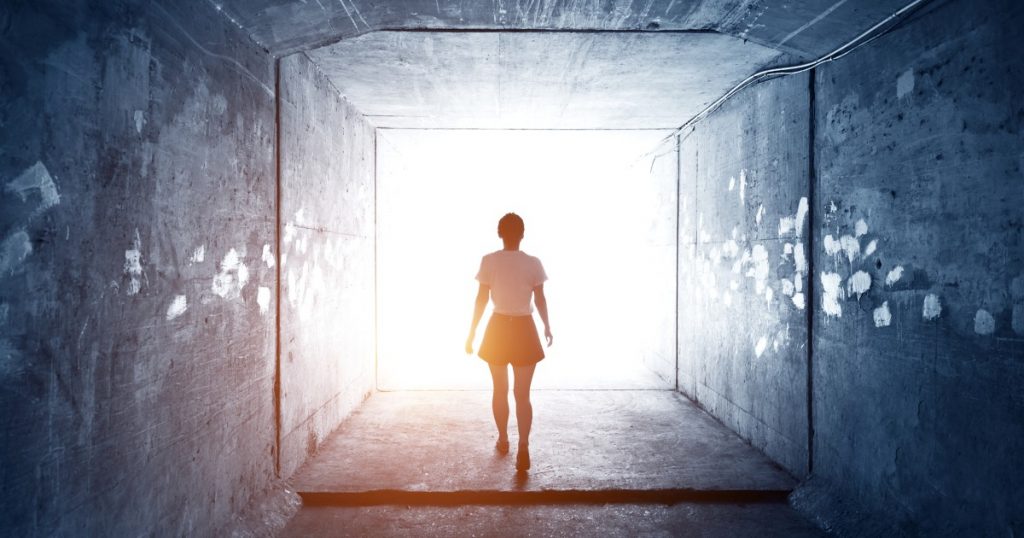 Such claims are nothing new. The near-death experience constitutes both the essence and the aim of shamanic practices everywhere. These cultures consider the NDE, and subsequent rebirth, to be the ultimate shamanic initiation.

To many, this may sound like the stuff of fantasy fiction. In contrast, even mainstream scientists concur that near-death experiences, along with the elements encountered therein, are very real. Stranger still, they agree these things are too similar to be a coincidence. However, while professionals agree that something very mysterious is taking place, they disagree on the nature of such experiences.

The most popular explanation is that the near-death experience is exactly what it appears—an encounter with what awaits following the death of our physical body. If correct, then death is a mere stepping stone on which our soul, mind, essence, or consciousness crosses to an immaterial plane of being.

The Science of Near-Death Experiences

Scientific explanations for near-death experiences all vary. However, they follow the same basic premise. They say it has nothing to do with life after life. Instead, the near-death experience is a readily explainable neurological response. It is triggered by the tsunami of endorphins that swamp the brain when the ‘game over’ signal begins to flash.

If true, this explanation may represent a far bleaker prospect than many would wish to contemplate. It would mean that this warm, cozy drift into death is little more than a colossal cosmic prank. The ultimate ‘bait and switch’ concocted by the genes in order to hoodwink humankind into believing there exists an afterlife that surpasses our wildest imaginings. Thus, offering a strong sense of existential meaning where there is none. False advertising at its finest and darkest.

Or The Ultimate Truth?

If the above theory is correct, then the NDE is little more than a highly sophisticated ontological mousetrap. However, this fails to account for certain factors that continue to baffle neuroscientists. Namely, cases in which patients have returned after being pronounced brain dead. Furthermore, it stops short of explaining claims that the episode bestowed a multitude of psychological benefits on those who return.

Obviously, this is all open to debate. Stories of death told by people who didn’t die means nothing can be corroborated with any certainty. And ‘certainty’ requires that you actually die. In the meantime, if you wish to get a glimpse of what awaits you the moment after you breathe your last, methods exist to do so.

Near-death experiences have been known to occur during childbirth or randomly and spontaneously. However, it occurs most commonly when the body has genuine reason to believe it’s in deep, potentially lethal trouble. Don’t go looking for that! The death experience will come regardless. For now, the aim is to return. So, how do you die without dying?

The Dalai Lama has spoken publicly about a state of consciousness that manifests in humans at the time of death. He has also stated that experienced meditators can deliberately provoke and sustain this state. In 2018, a study found that 12 Buddhist monks, all experienced meditators, were found to be able to induce near-death experiences, which scored high on the Greyson NDE scale. After consciously reducing their connection to the physical body, participants reported that their awareness of time and space ground to a halt.

The only people invited to participate in the study above were those with the time and capacity for deep, sustained, disciplined meditation. To be eligible, they also had to be free from any ongoing psychiatric problems and abstain from drugs. This brings us to the second NDE induction method.

For those lacking time to spend years in meditation, the quickest and most reliable path is via the use of psychedelic compounds. Namely, magic mushrooms, DMT, Ketamine, LSD, or iboga, all of which should be treated with extreme respect. 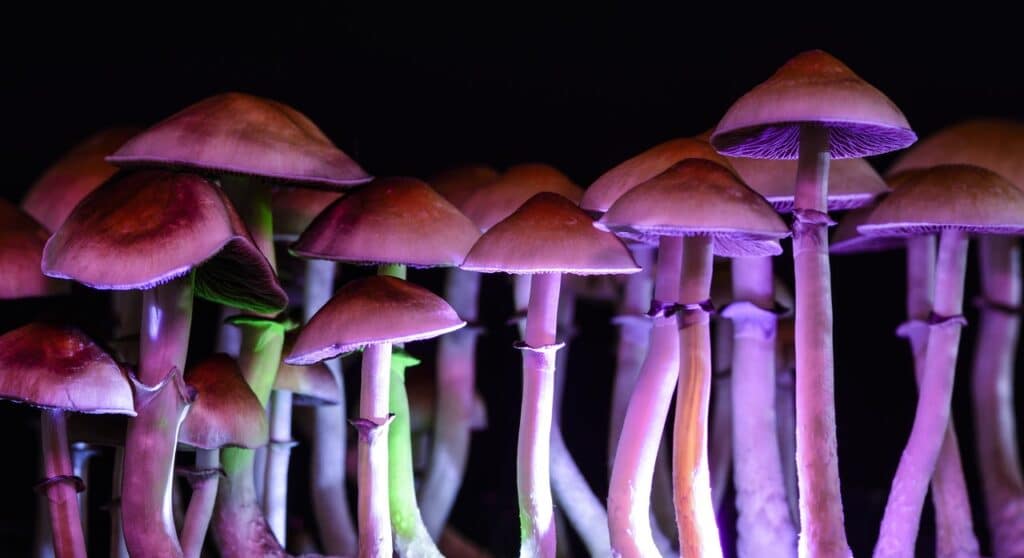 In the hallways of academic psychedelia, the near-death experience  ranks high on the list of “peak experiences.” However, using psychedelics to knock on deaths-door, particularly for novices, is not without controversy. Traditionally, these domains were reserved for spiritual adepts and gurus. They would get there via practiced, prolonged meditation, and years of training. Consequently, some people believe that gatecrashing these realms, particularly by the unprepared, can be dangerous. “Why do you need drugs?” they ask. “Because they work,” reply the psychedelic camp. And they undoubtedly do.

In contrast, several spiritual heavyweights have spoken up on behalf of using powerful psychedelics to induce a near-death experience. They argue these compounds offer the average Joe a fleeting glimpse of otherworldly spiritual dimensions. “Psychedelics,” they say, “are like a try-before-you-buy sample pack.” When the drugs wear off, people return mesmerized. As a result, people begin seeking methods to revisit these realms without psychedelics. Consequently, some embrace meditation techniques that replace the psychedelic fast lane for the mellower, safer pace of the meditative slow lane.

If you have the time and patience, the meditative route can be taken anywhere quiet. Psychedelic users should look for a safe, quiet, private space with people they trust. If you’ve got the means and motivation to go big, look to South American Ayahuasceros or the Bwiti cultures of West Africa.

Assuming you’re not looking for a near-death experience by placing yourself in potentially deadly situations, then there are no risks. That said, users of psychedelics should follow the required precautions.

Those who have undergone a near-death experience claim the episode gifted them a range of tangible, real-world benefits. These include less focus on materialism and a desire to live regret-free with increased attention on the present moment. Other claims include increased tolerance, confidence, calm, and clarity.

HOW TO VOLUNTEER FOR PSYCHEDELIC CLINICAL TRIALS: Turn On, Tune in, Fill Out the Questionnaire.

KAMBO: The Ancient Healing Ceremony That’s Not For the Faint Hearted