Kundalini meditation techniques are nothing new. In fact, a direct reference to kundalini lies at the heart of one of the oldest symbols in the history of mankind – The caduceus. Nowadays, the caduceus, also known as the “Rod of Hermes,” represents all things medical. However, the truth surrounding the origins of this ancient Greco-Egyptian symbol is far more profound.

There’s a snake (kundalini energy) climbing a rod (the spine), reaching a sphere (the crown chakra). When it reaches the top it sprouts wings (spiritual liberation). This process of “awakening the snake,” or “kundalini awakening,” results in what the ancients considered a state of perfect mental, physical, and spiritual health. All of these benefits, they claimed, could be accessed through kundalini meditation techniques.

Skeptics may roll their eyes. However, the provable, scientifically documented reality is that Kundalini energy is real and powerful. Moreover, it’s been proven that using kundalini meditation to activate it can and may, quite literally, blow your mind.

Nowadays, the caduceus is the globally recognized medical logo. Subsequently, it’s no small irony that the process of awakening Kundalini energy leaves doctors and neurologists baffled. In struggling to quantify the phenomenon, they allude to some vague neurochemical process that kickstarts a typically dormant part of the human nervous system.

In the absence of any mainstream explanation, any inquiry into the nature of kundalini must turn to the traditions and cultures that have been activating it since before written records began.

For example, hinduism describes Kundalini meditation as the process of awakening an innate, albeit latent spiritual feminine energy associated with the Goddess Paradev. The Swami believe kundalini meditation to be the gateway to prana, the animating principle behind everything from the atom to the entire universe.

According to Carl Jung, the Kundalini system was the link between the conscious and the unconscious. He warned that awakening kundalini energy could provoke a range of physical and mental symptoms. These include tremors, involuntary shudders, shouts, screams, visions, a feeling of bliss, psychotic episodes, and other bizarre symptoms witnessed in certain patients.

The why’s and how’s may vary. However, it’s uniformly agreed that kundalini energy resides in the lower back. Or, according to yogis, the lower chakras. When awakened, it causes a distinct feeling of electric current ascending up the spine. After that, it reaches the brain, sending the subject into samadhi, a state of ultra-heightened spiritual awareness.

“Fools Rush in Where Angels Fear to Tread.” Alexander Pope

Sounds divine, right? Which it can be, for some. In contrast, for others, the domains they are entering, whether those realms be metaphysical or merely psychological, are not the dwelling place of angels but of far darker entities. Where some encounter bliss, the less prepared find sheer terror.

Instead of exiting the experience feeling exalted, they leave with “kundalini syndrome.” A medically documented condition which (in worst-case scenarios) has been compared to severe mental illness. Symptoms of kundalini syndrome include confusion, depression, tremors, and other serious problems that may persist for long periods afterward.

Kundalini syndrome will beat you up in ways and places you never knew existed. Consequently, the active pursuit of kundalini awakening isn’t something to be undertaken lightly. However, if kundalini activation is the focal point of a commitment to a healthier holistic lifestyle, then go for it.

Above all, any novices attempting to pursue this path must remember the warnings passed down by kundalini-based traditions. In order to avoid kundalini syndrome, practitioners must undergo a period of purification, along with activities to strengthen the mind, body, and nervous system. 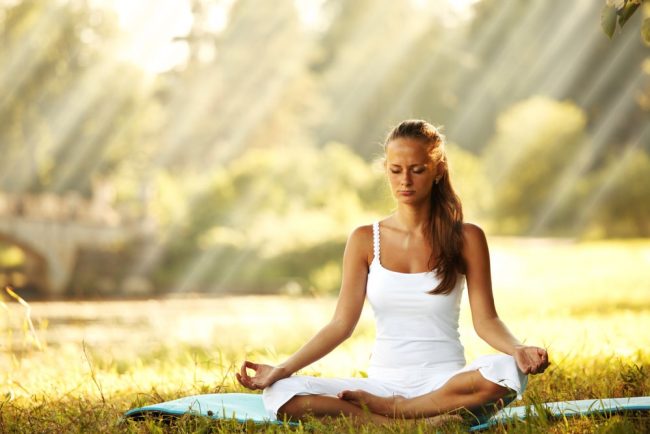 A kundalini awakening is a profound, powerful thing. Consequently, it’s easy to assume the process is long, laborious, and requires serious dedication. However, it’s actually as simple as prodding a beehive. The consequences of which depend on the clothing you’re wearing.

Awakening kundalini is a natural biological procedure that simply requires pressing the correct physiological and mental buttons. Like laughing and crying, we have no clue why it occurs. We just know it does.

Adopt a standard mindfulness meditation practice. The longer the better, but whatever works according to your schedule.

Some choose to speak or whisper a mantra to direct their energy. For example, the mantra “sat nam,” meaning “truth is my identity,” is an excellent one for novices. Chant “sat” on the inhale and “nam” on the exhale.

3. Focus on Your Breath

As you become aware of your breathing, begin to slow it down. Aim to retain the inhale for around 7-8 seconds and exhale for the same period. During the process,  breath through your nose. If kundalini meditation exercises begins to make you feel dizzy, then take a break.

Focus on how and where your breath is moving through your body. After that, try to become actively aware of a gradual buildup of energy in your spine. Keep going. Eventually, the energy will feel like it’s moving upwards. This is your kundalini rising. If you feel anxious, nervous, or unprepared, then stop now. This is the last opportunity you’ll have to pull the parachute cord.

5. Expect it to Happen

Other Kundalini techniques include:

Newcomers are encouraged to train under a qualified kundalini teacher. Alternatively, those who can’t make the trip to India can find a teacher locally. Either way, probably best not to try this at home alone unless you know what you’re up against.

Imagine trying to fire a ballistic missile through a BB rifle. The danger of improperly channeled kundalini is comparable to a massive power surge that fries the circuitry. For practitioners of yoga, meditation, and other spiritual paths, kundalini meditation can be an infinitely pleasant walk in the park. For the unprepared, activating kundalini energy may be like getting jumped and beaten by demons along the way. ‘Kundalini syndrome’ injuries include: